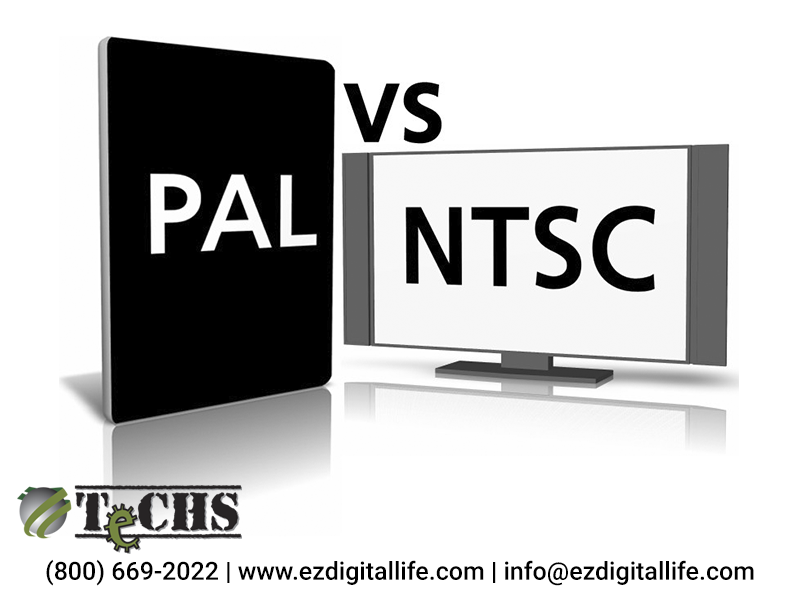 We hear the acronym “NTSC” quite often… but what does it mean exactly?

NTSC stands for the National Television System Committee and is the analog television system used in North America, South America, Burma, South Korea, Taiwan, Japan, the Philippines and a few other Pacific island nations and territories.

The NTSC standard was developed in 1941 and was the first widely adopted broadcast system. NTSC color encoding consists of 29.97 interlaced frames of video per second. Each frame consists of 525 scan lines, 486 of those make up the visible raster while the remainder are used for synchronization and vertical retrace. The blanking interval was originally designed to blank the early TV receiver’s to allow for simple analog circuits and slow vertical retrace; now-a-days these lines contain data such as closed captioning and vertical interval time code (VITC).

Reception problems can degrade an NTSC picture by changing the phase of the color signal which needs to be corrected by the receiver. When compared to PAL, NTSC color accuracy and consistency is slightly inferior; this applied to the older vacuum tube-based sets and has been more or less corrected with today’s solid-state televisions.