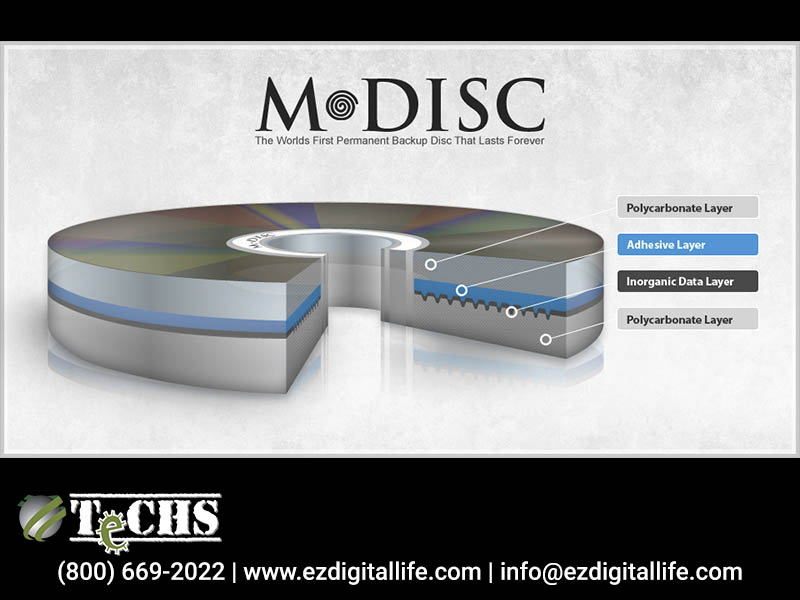 CDs and DVDs are vulnerable to damage from environmental exposure and from normal use. Their lifespan is actually only about 10 years, even though most people tend to believe that they will last forever. A new type of disc has recently been released that can be read on with a standard DVD player but will store the data contained on the disc for about 1,000 years!

The new disc is being called the M-DISC and is created out of thin layers of a rock-like material composed of inorganic and organic metal and stone compounds. The M-DISC has been thoroughly tested in a number of extreme environments and still performed like it was brand new; even after being dipped in liquid nitrogen and then transferred to a container of boiling water.

These cool new discs are on sale now. Check them out!