LED Technology… Then, Now and Tomorrow. 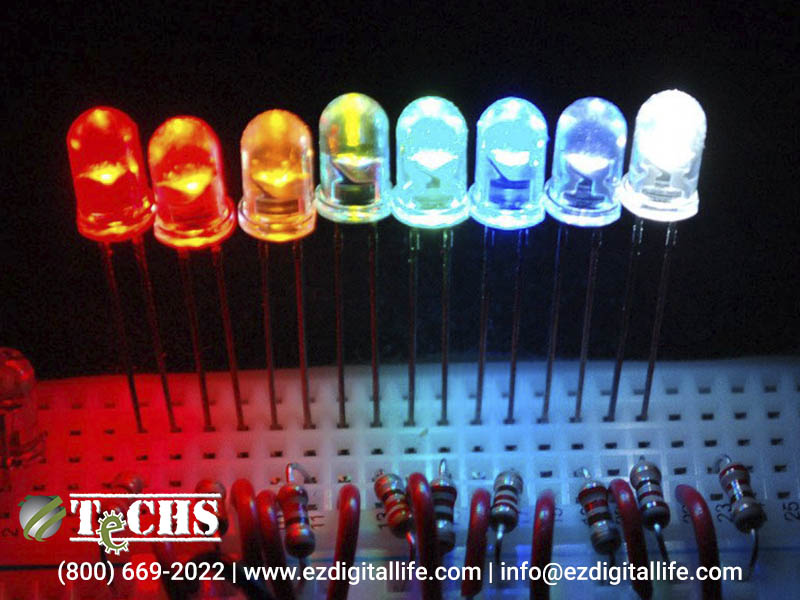 LEDs or Light Emitting Diodes were first designed and built in the 1920s but were impractical for commercial use until 1962. Basically, when the diode inside of an LED is switched on the electrons are able to recombine and release energy in the form of a very bright light; this is called electroluminescence. The color of the light emitted is determined by the energy gap of the semiconductor in the LED. Early LEDs were only available in the color red but modern ones are available in any color across the visible spectrum, plus the ultraviolet and infrared wavelengths.

LEDs present many advantages over other light sources because they consume much less energy, they produce more light per watt than traditional lighting like incandescent bulbs, they have a much longer lifespan, they light up very quickly, they are brighter in intensity, they need no filters to emit specific colors as traditional bulb lighting does, they are not nearly as fragile as bulb lights are, and they are very small in size. LEDs also have very long life spans if they are kept in operation at low currents and low temperatures; most will last anywhere from 25,000 to 100,000 hours each.

LEDs have very few disadvantages but they do initially cost a bit more than conventional lights, they require a lower temperature environment to operate properly, and they are more sensitive to current/voltage fluctuations which therefore will need to be a bit more precise when utilizing LEDs.

LEDs can be used in many applications in many different industries, they are also a very environmentally friendly option because of their small size, low power usage and because they are completely non-toxic. They can replace traditional lighting like fluorescent bulbs; they are more practical for appliances such as televisions, radios, calculators and watches. Companies now make super-bright flashlights with LEDs. Since the LED is completely sealed they are perfect for outdoor signage since the elements will not affect their operation so they are now used for highway signs, construction, advertisements and they are even now being used to replace and upgrade traffic lights for better visibility.

Recently there have been some amazing advancements in LED technology… there has been talk that LEDs will be used for new strip-style lights to replace fluorescent bulbs in office environments that will also have the capability to interact directly with your computer providing your connection to the internet. No wires, no fuss. Too cool!