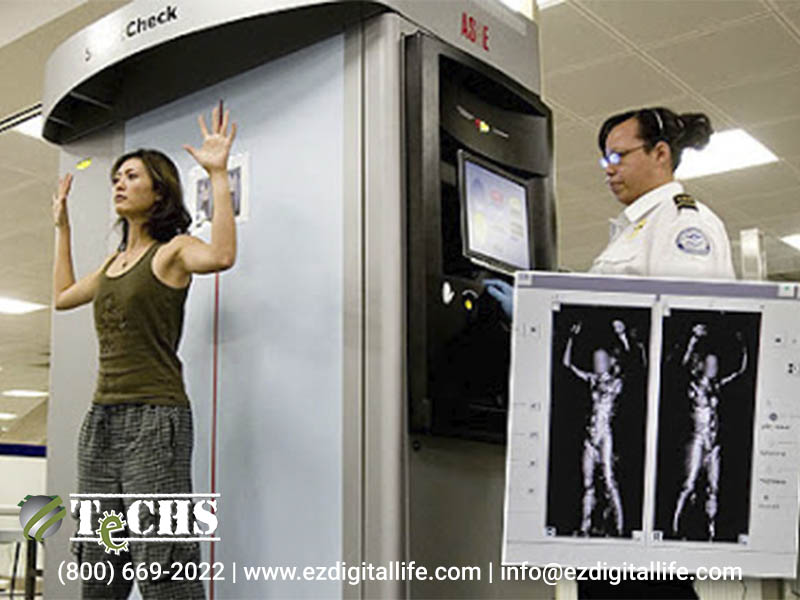 By now, everyone is aware of the increased airport security features that have cropped up in the last few years. Recently the U.S. Department of Homeland Security unveiled their latest security innovation the usage of full body imaging machines to replace metal detectors. The use of these new machines began back in 2007 and have slowly begun making their way into airports all over the United States.

Full body imaging technology is the equivalent of a physically invasive strip-search only done virtually using advanced x-rays to detect weapons and other items of interest on the 3-D images of the people that pass through them. These machines detect both metallic and non-metallic items of interest to help keep passengers and flight crews safe.

The opposition to these machines claim that the images the machine takes shows a person totally naked, not just the image we are used to seeing when we get an x-ray taken at our doctor’s office. There is an outcry that this violates our personal privacy rights, our religious freedom rights, our fourth amendment rights and that these machines actually see more than anyone is telling us or that we would be comfortable with. A public interest research group based in Washington called EPIC (Electronic Privacy Information Center) has filed a lawsuit to suspend the deployment and use of body scanners claiming the machines use is unlawful, invasive and totally ineffective.

TSA officials say the computers programmed for the full body imaging have zero storage capacity and images are automatically deleted when the next person steps through the machine. Also, the operators are not allowed to bring any recording devices into the viewing area with them as they work (such as cell phones or cameras) to help ensure public privacy. As an added protection feature, the machine automatically blurs the human face that it sees, making it resemble a very fuzzy negative.