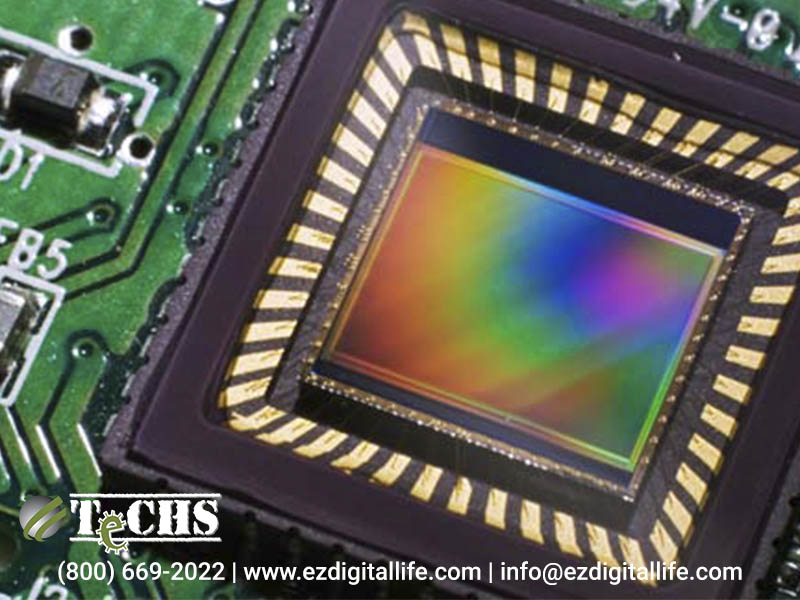 A CCD (Charge-Coupled Device) is a small device that is made up of a photoactive region and a transmission region where the device will “shift” a signal between these regions one stage at a time to then be fed out for transmission, recording or other processing. More simply, it’s a type of semiconductor that is sensitive to light and stores an electrical charge.

CCD technology was invented in 1969 at Bell Labs by scientists William Boyle and George E. Smith. The essence of the design was the ability to transfer charge along the surface of a semiconductor from one storage capacitor to the next. CCDs were originally intended to store computer data; however it didn’t take long for cheaper, better functioning and faster technologies to overtake that specific market.

Instead CCDs spread into the TV camera and flatbed scanner arenas and then finally to overtake the digital camera market and is now the heart of all digital imaging devices sold today. The expense comes in when trying to capture color. There are a few ways to do this but only one will give you a crisp, clear and true-to-life colors: a CCD array that has three arrays each covered by a filter (one of each primary color). With other types of arrays you will see a definite loss in image resolution and even extra colors in odd places that were not actually there.

As with anything else, there are a few drawbacks to CCD technology. The CCD element can fade, bloom and smear; meaning light striking the sensor at the wrong time or simple pixel loss. CCDs are also still rather expensive but these are all minor when you compare the quality of the picture you can take with a camera housing CCD technology.