Keep an eye on your assets – anywhere, anytime!

A Crash Course in Bluetooth Technology 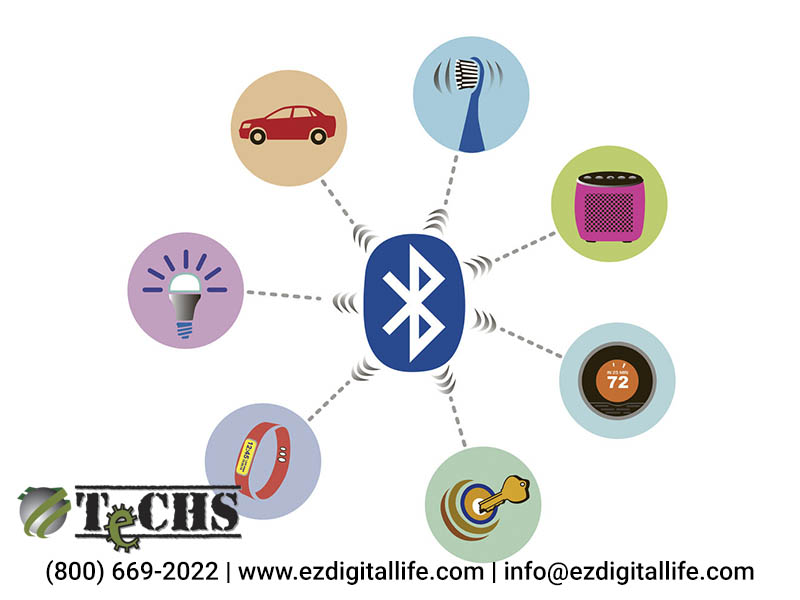 In today’s world, electronics need to connect to one another everywhere you go – at home, at the office, in your car, the coffee shop, everywhere! The easiest, most secure and fastest connection available today is Bluetooth. You hear that word all the time, but what exactly is “Bluetooth?”

Bluetooth is an open/unlicensed wireless protocol that is used to exchange data over short distances from a wide variety of devices. Bluetooth was designed as an alternative to the RS232 wired data cable systems and it can connect several devices together without any problems with synchronization. Bluetooth capable devices can have a range from 30 feet to well over 100 feet depending on the device and version of Bluetooth.

Bluetooth devices use short radio waves to transmit the data using a technology called frequency-hopping spread spectrum which divides the data being sent and transmits each piece individually over (up to) 79 different frequencies. Bluetooth is such a versatile protocol and utilizing the technology you can connect and exchange information between cell phones, regular telephones, laptops, desktop computers, GPS systems, digital cameras, video game consoles, and more. Bluetooth makes it possible for all of these devices to communicate with one another when they are in range of one another – and best of all, since the devices use radio waves for communication, they do not require line-of-site to work properly.

Bluetooth has evolved out of several wireless technologies to become the new industry standard protocol. It is designed for low power consumption within a short range, but right now the prices vary widely for the technology depending on the application. Bluetooth devices also have the ability to maintain high levels of security even though the data is being transmitted wirelessly. The developers of the technology have put an emphasis on secure connections since the very beginning. Be aware though, that the manufacturer of the specific device that houses Bluetooth capabilities determines what level of security their specific device has.

Not surprisingly, Bluetooth has also moved into the security and surveillance arena where it is opening many new doors for camera systems and sensors.